To See the Potential of Regenerative Agriculture, We Must Look to the Past

Human behavior has tremendously impacted the state of our planet for thousands and thousands of years. In fact, if we traveled back in time, even by a few centuries, we may not even recognize the landscape of our own local regions and communities.

On Earth Day, we want to celebrate the incredible essential resources that Mother Earth provides, and to learn from the mistakes of our ancestors by recognizing the (often unintended) consequences they have had on our ecosystems. The practices we use today, in agriculture and beyond, will shape the future of our planet and all who inhabit it.

Most of us have a very narrow vision of what our region was like before our lifetimes. We think only in terms of what we have experienced, or what our grandparents told us.

The truth is all of us have experienced an already significantly degraded ecosystem. In most regions of the U.S., our soils and landscape has been seriously degraded for 300 or more years.

European settlers started the eastern U.S. degradation process in earnest by the early 1600s, in the Atlantic states. Before that time, the American landscape looked much different.

There were hundreds of plant species growing throughout the southern U.S. prairies. The eastern U.S. was filled with bison, elk, deer, and even antelope. 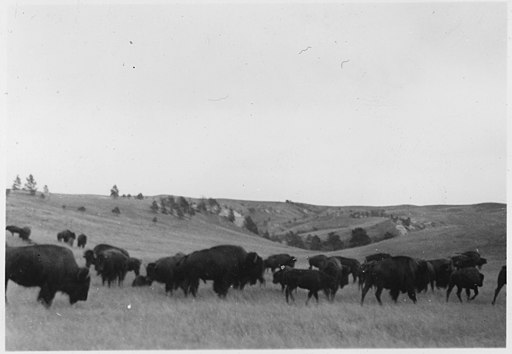 These wild ruminants kept the prairies a prairie and the savannas open and clean of dense, thick understory. They had a profound impact on the landscape of the southern U.S. and all of North America, and Native American tribes depended on these animals for sustenance, and famously used every part.

However, by the mid- to late-1700’s most of the bison, elk, and antelope were eradicated in this region due to the degenerative farming practices that early settlers brought with them to America.

Single tree plows pulled by oxen, mules, or horses did a great job of turning under the prairie and wooded savanna soils of the east, which started the erosion and degradation process. They planted monocultures using the agricultural knowledge they brought with them from Europe and the British Isles. 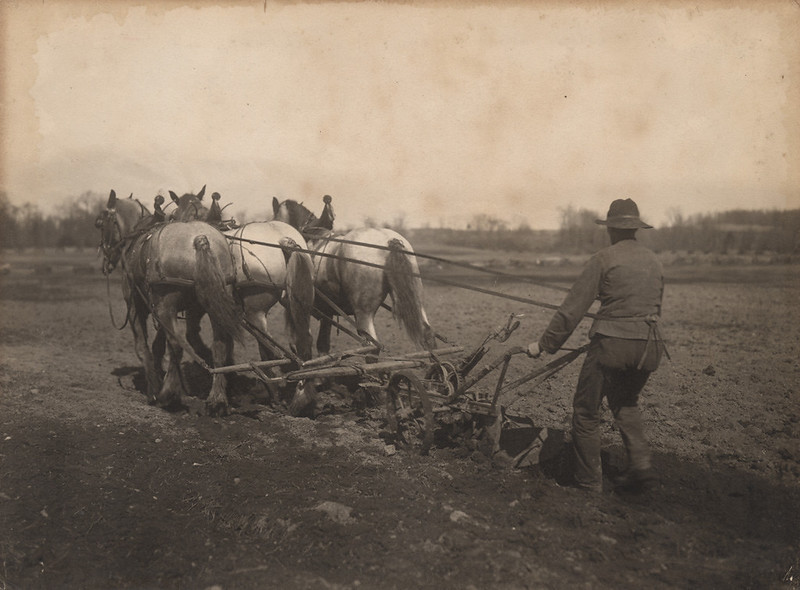 They were so good at destroying the soil that in 1796, George Washington stated:

“A few years more of increased sterility will drive the inhabitants of the Atlantic states westward for support; whereas if they were taught how to improve the old soils, instead of going in pursuit of the new and productive soil, they would make these acres, which now scarcely yield them anything, turn out beneficial to themselves.”

Think about the gravity of that statement! A brand new country was already suffering from the wounds of poor agricultural practices. 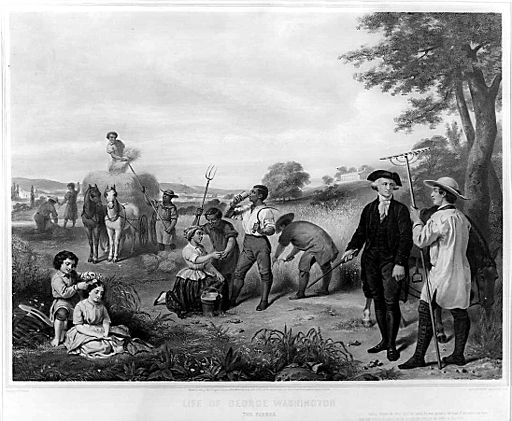 In under 200 years, our ancestors had destroyed the soil health of the Atlantic states, and they did it without the aid of the massive diesel-powered equipment we have at our disposal today.

Planters in the southern Atlantic states had so worn out those soils that, by the early 1800s (as Washington had predicted), they started looking westward for new lands and virgin soils. 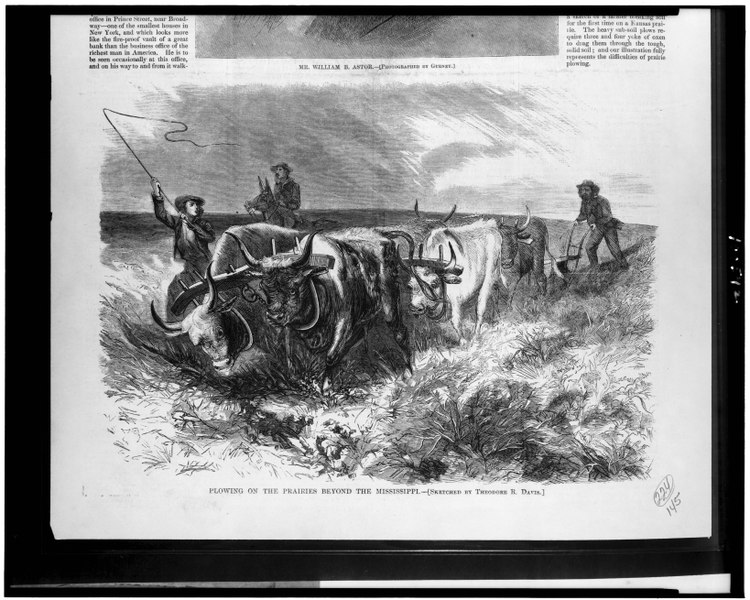 Wagon trains of settlers headed west to the prairies and savannas of what is now Alabama and eastern Mississippi.

Unrecognizable Utopias of the West

By the time of the Lewis & Clark expedition from May 1804 through September 1806, things had changed so drastically in the eastern portion of the U.S., that what they encountered and viewed as they moved westward in the early days of their journey was a distinct anomaly to them.

“The Plains of this countrey are covered with a Leek Green Grass, well calculated for the sweetest and most norushing hay --- interspersed with cops (copses) of trees, Spreding their lofty branchs over pools, Springs or Brooks of fine water. Groops of Shrubs covered with the most delicious froot is to be seen in every direction, and nature appears to have exerted herself to butify the senery by the variety of flours (flowers) raiseing delicately and highly flavored above the Grass, which strikes & profumes the sensation and muses the mind, …. So magnificent a senery in a country situated far from the Sivilised world to be enjoyed by nothing but the buffalo, elk, deer & bear in which it abounds……”

Now, Clark was not much on correct spelling, but he did write beautifully. This statement was written from a bluff overlooking the Missouri River near present day Doniphan County, KS.

What strikes me about Clark’s observations is that this sight was so astounding to him. It was so unusual that he wrote about it as if he were viewing the Garden of Eden.

His experience growing up in the eastern U.S., born in 1770 in Virginia, was of a country already devoid of the bounty he witnessed in the far northeastern corner of present-day Kansas in 1804. He had never seen such an amazing sight and it obviously stirred his very soul.

Fast forward just another 100 years and that same midwestern prairie that Clark wrote about was well on its way to becoming a part of the 1930s Dust Bowl. 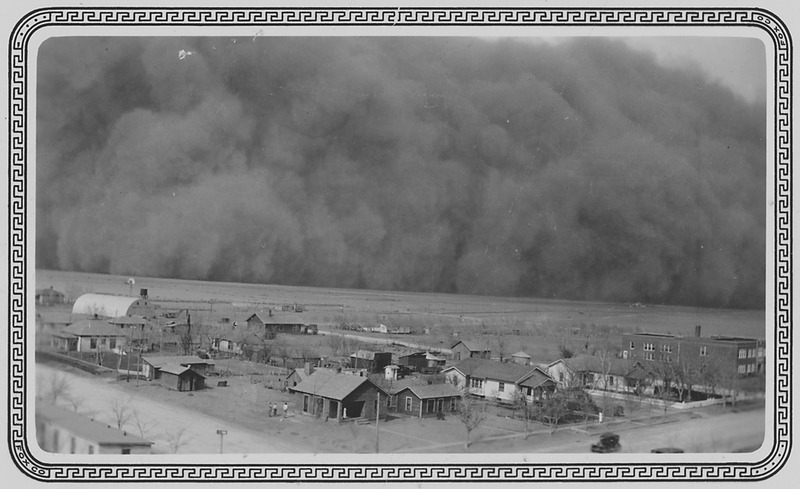 It's Not the Cow, It's the How

We often hear today that cattle, and other grazing animals, compact the soil and many farmers want no part of cattle on their farmland. However, when the early settlers first put the plow to the prairie soils (which had been trampled and roamed for centuries by bison and other ruminants), they found them easy to turn over with a plow pulled by a mule. So easy that these early prairie farmers created the disaster we know as the Dust Bowl. These same midwestern soils today would barely be scratched on the surface with a single tree plow.

So, if grazing livestock compact soils, then just how did these early settlers so easily plow the prairie soils? In fact, poor grazing practices do compact the soil BUT good grazing practices, such as adaptive grazing, do just the opposite - creating loose, pliable, highly aggregated soils that are easy to plant with a No Till drill.

So, what should our planet, soils, and ecosystems look like today? Just look to the past and you will open a window into our future potential with solid regenerative agricultural practices. Wherever we implement these principles and practices we see life returning in abundance. Perhaps we too can one day view a scene similar to what William Clark experienced approximately 200 years ago.